A preview of my forthcoming historical thriller: Race to Tibet

I couldn't resist posting some pictures of my new novel Race to Tibet, a novel that explores the Victorian era's fascination with exploring the Roof of the World. 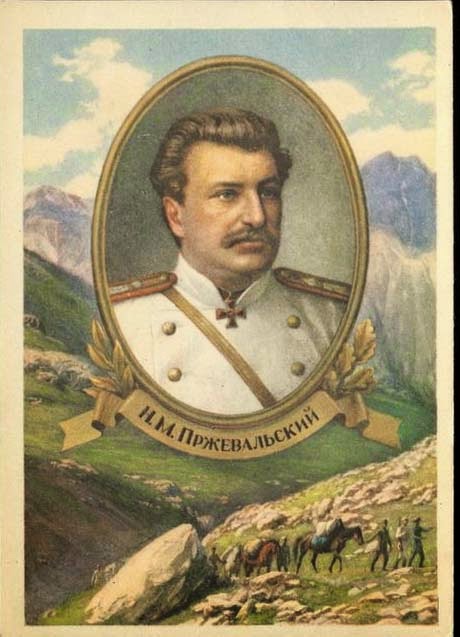 Let's start with some of the characters:

Nikolai Prejevalsky (1839-1888) was your classic Great Game heavyweight. He was the Tsar's go-to guy for bringing back vital intelligence about British activity along her Central Asian borders, exploring previously-unknown regions and mountain ranges, as well as bringing back zoological and ornithological samples. He even discovered a previously-unknown wild species of horse that was named after him.
His greatest dream was to reach Lhasa, but fate intervened and he came down with a whopping case of typhus and an unpaid hospital bill in the Russian military hospital in Karakol (in present-day Kyrgyzstan) where his body was laid to rest. 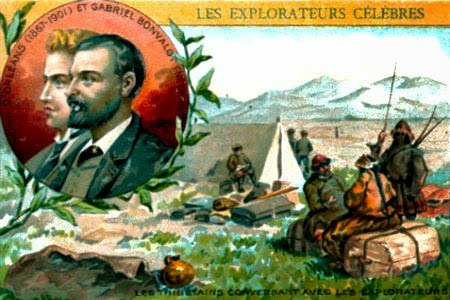 The death of Prejevalsky in 1888 opened up new doors for other explorers, namely Gabriel Bonvalot, a gutsy French explorer whose specialty was sneaking up on foreign countries unannounced, a sort of geographical party-crasher. Bonvalot had guns, muscles, and oodles of chutzpa, but not much money, so when the Duke of Chartres offered to finance his expedition to Tibet, he said, "Oui" and "Quand partons-nous?" (When do we leave?) The only caveat being that Bonvalot had to take along the Duke's wayward son, Prince Henri d'Orleans, an aristocratic poltroon with a penchant for gambling, drinking, and getting on everyone's nerves. Thankfully, nothing that a good fist fight couldn't fix. You can read all about their harrowing journey in my forthcoming thriller "Race to Tibet".

http://www.pinterest.com/sophieschiller/scenes-from-race-to-tibet-the-new-great-game-novel/
Posted by Sophie Schiller at 6:29 PM No comments: