What are the qualities that make a love story unforgettable?

When it comes to love stories, "The English Patient" is usually held up as a classic romance like “Gone with the Wind” or “Sleepless in Seattle.” But in truth, I found it to be tired, cliché and boring. This may be due to the fact that I didn’t connect on an emotional level with any of the characters. I found the Hungarian Count László de Almásy and the Englishwoman Katharine Clifton to be vain, selfish, and unredeemable characters, not noble or admirable in any way. And while some people would counter that by saying that Scarlett O’Hara was similarly vain and selfish, Scarlett also had other redeeming qualities, such as her Southern pride, her intense love of Tara, her plantation, and her refusal to give in to the Yankee invaders. The tired plot of “The English Patient”, which depicts an adulterous affair between a self-serving Hungarian Count and a married Englishwoman, lacks the requisite virtuousness to make me care about the characters and root for them. Much of this, in my opinion, has to do with their lack of redeeming qualities. 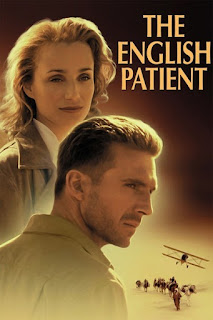 So, if quality of character is paramount in making your audience care about your characters and love your story, does that mean you can extend this quality to stories don’t fall under the typical romance label? The answer is yes. Over the years I have found that the characters I admire most are honest, refreshing, natural, honorable, and in a word, HUMAN. The beauty of a love story is the way it depicts admirable characters that are admirable DESPITE their foibles and imperfections and maybe even BECAUSE of their foibles and imperfections. Love is such an intrinsically human emotion that the more imperfect a character is, the more we can root for him in his pursuit of a noble and virtuous cause. Think: Don Quixote de la Mancha.
While there are many different genres of love stories, from Western to Victorian to Regency to Contemporary to Swashbuckling, they don’t necessarily have to be the old-fashioned "boy meets girl" formula. A truly fabulous unorthodox love story can stand out by breaking down this powerful human emotion called love in an entirely new and refreshing way.

Here are some classic examples of timeless love stories told in a unique fashion:

FINDING NEMO —a full-length cartoon that is a kind of "love story" between a father and a son (anthropomorphized as tropical fish).  When the son is captured by fishermen, the father embarks on an Odyssey to find him. An amazing story beautifully told with a sub-plot involving a romance of sorts between the Daddy Fish and a Lady Fish who he meets and befriends along the way. She is a quirky character with only short-term memory, but they cling to each other despite their imperfections.

LIFE AND NOTHING BUT (La vie et rien d'autre) —a French movie which explores an unacknowledged love between two people brought together by the misery of war. A wealthy French widow of the Great War is searching for her husband's body, dead or alive.  The major in charge of identifying the bodies is gruff and dispassionate, but in spite of the tragedy and hopelessness surrounding them, feelings between them emerge.  Amidst the ruin and shambles that is the aftermath of WWI these two disparate souls connect in a breathtakingly fresh and honest way.

EMMA’S SHADOW (Skyggen af Emma) —a kind of an offbeat "love story" between a 10-year old Danish girl and a sewer worker. When a young Danish girl is constantly ignored by her self-absorbed parents, she cooks up a plot to concoct her own kidnapping and runs away. After stumbling into a naïve sewer worker, she enlists his help by telling him a phony story about her noble Russian origins, and the sewer worker comes to care about her so much (and she for him when she sees how mistreated he is by everyone around him) that he risks his freedom to help her escape the “Bolsheviks” that are chasing her. In the end, she finds the love and caring that was so lacking in her previous life.

CINEMA PARADISO —a love story of sorts between an elderly projectionist and a fatherless young orphan.  When an Italian boy’s father fails to return from WWII, his mother is fraught with anxiety about how to pay the bills. Seeing her anguish, the old theater projectionist takes him on as an apprentice and a beautiful friendship ensues. Years later, after the boy grows up and leaves his small village, he learns how much the older man cared about him and wanted to see him happy.

DARK EYES —a love story between a married Italian man and a married Russian woman who meet in a spa. The Italian man has married above his station, rendering him useless and purposeless in life. But when he meets a beautiful and almost helpless Russian woman, he discovers his own latent courage that has been dormant inside of him to win her love and give his life new meaning and purpose. The story ends with a surprise twist that shows how important it is to seize chances when they are presented.

BRAVE —a love story of sorts between a young girl and her mother. Set in the Scottish Highlands, Brave depicts a princess named Merida from the clan of Dunbroch who rebels against her mother and her clan’s custom by refusing to marry any of the suitors selected for her.  After consulting a witch for help, Merida accidentally transforms her mother into a bear and Merida is distraught when she realizes how much she loves her mother and how close she is to losing her if the spell becomes permanent.

Each of these movies depicts characters that are offbeat and quirky, and display abundant humanity in their respective quests. To me, that is the essence of a love story. The characters do not have to be perfect, they don’t have to be sanitized Hollywood stereotypes, they have to be real people who care deeply about one another, so much so that it shakes their world—and ours.
Posted by Sophie Schiller at 7:27 PM 1 comment: