Review of Hornet Flight
By Ken Follett
Hornet Flight is a fast-paced WWII spy thriller that centers on the adventures of Harald Olufson, an industrious, self-sacrificing Danish youth of eighteen, and a classic Scandinavian blond with an ingrained love of tinkering with engines and getting things to work. It is this particular characteristic that drives the story forward. Harald is about to undertake a serious mission for the Allies that will have serious repercussions for the war effort. Harald must deliver sensitive photos of an ultra-secret German radar tower located on the to by flying a dusty, broken-down old Hornet Moth biplane across the . And all without flying lessons. Along the way, we meet many interesting, well-developed characters such as Reverend Olufson, his stern Evangelical Lutheran father, Peter Fleming, the fascist and frustrated police detective, and Hermia Mount, the courageous MI6 operative who is also in love with Harald's brother.

At times, the action is told through the point of view of Harald, other times, it is throught the lens of Peter Fleming or Hermia Mount, giving us greater insight into their characters. But there is no question that the readers are pulling for Harald, who is a hero right up to the end. The action sequences are pure Follett, riveting and breath-taking. We experience undercover police surveillances all across , police interrogations, dangerous flight sequences, and the riveting power struggles between Harald and his father, Harald and Peter, and Harald and his female counterpart, the Danish-Jewish ballerina, Karen Duchwitz. But readers are also introduced to the brave men and women of the Danish resistance, who made enormous sacrifices to undermine the Nazi invaders and the sympathizers among them.

But above all, Hornet Flight is a testimony to the bravery of ordinary citizens who fought back against Fascism and refused to back down in the face of overwhelming odds. I wholeheartedly recommend "Hornet Flight" for its superb depiction of bravery under pressure, courage under fire, and love amidst the despair of war. 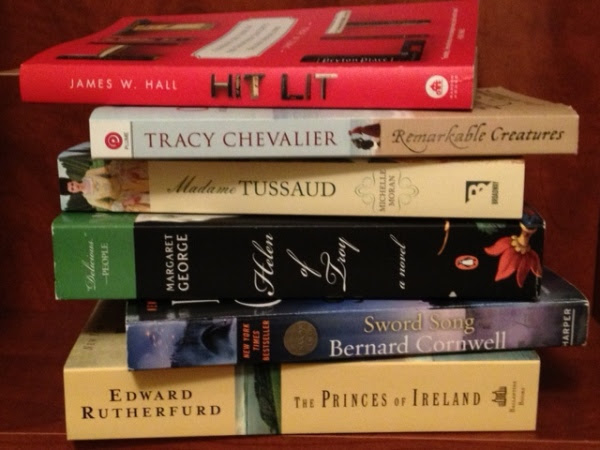 In his book Hit Lit: Cracking the Code of the Twentieth Century’s Biggest Bestsellers, James W. Hall sets out twelve ingredients that drive bestsellers to the top of the charts. I’ve written about Hit Lit in three separate posts: Thoughts from Hit Lit, More Features of Hit Lit, and Hit Lit – the Final Six Features. According to Hall, best sellers incorporate the following: (1) an offer you can’t refuse, (2) controversy of the day, (3) colossal characters doing magnificent things on a sweeping stage, (4) America as paradise, (5) an abundance of facts and information, (6) inner workings of a secret society, (7) bumpkins versus city slickers, (8) God sells, (9) re-enactment of American national myths, (10) rebels, loners, misfits and mavericks, (11) fractured families and (12) sex.
Do the same ingredients apply to historical fiction? This is the question I’ve been deliberating for the last two weeks and I have some preliminary thoughts. I would be grateful for your feedback.
To come up with this list, I’ve analyzed interviews with top historical fiction authors (my own and others) and looked at reviews of their works in a number of forums. I’ve also looked for materials discussing the ‘popularity of historical fiction’. The survey I conducted last spring showed that the top three reasons people read historical fiction are to bring the past to life, to enjoy a great story and to understand and learn. Not surprisingly, these reasons are reflected in the ingredients that distinguish favourite authors and best selling historical fiction.
My analysis suggests the following critical ingredients.