Why We Need Universal Truths in Literature 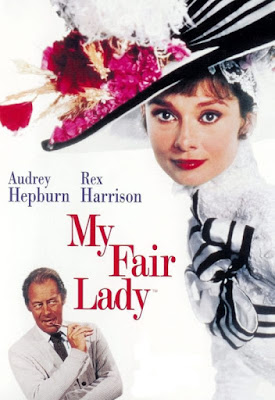 While I was growing up I never had a chance to see “My Fair Lady.” Actually, I probably had a thousand chances to see it but never bothered because I was always too busy, or I considered it irrelevant or boring. My mother used to watch it constantly, which probably contributed to my dismissing it as irrelevant. Finally after many years I saw it and was amazed that it portrayed a profound universal truth.

The universal truth was MARRIAGE.

In the movie, Professor Higgins brings Eliza Doolittle to live in his house, but before she can stay there, her father demands “payment” from Higgins. This “payment,” I realized, was the payment the Bible refers to in Exodus (21:7-9) when a father sells his daughter to be a maid-servant in the home of a rich man. A payment which can be later converted to a bride-price if the man decides to marry her.

I was stunned. “My Fair Lady” is pure Hollywood, a version of the stage play “Pygmalion” by George Bernard Shaw. The basic story-line follows an arrogant professor named Henry Higgins who attempts to make a lady out of a cockney flower girl. Yet embedded in the story is a universal truth so profound, it exists in the conscience of mankind on a level so deep it can only be recognized by the subconscious. It is as if these universal truths that comprise our universe have been downloaded into our souls, to exist forever, even if only in a dormant state, so that they can only be eradicated if the files are corrupted or the neuro-pathways are blocked.

That is the power of a universal truth; we recognize it even when we can’t quite understand it. It hits us at the gut level and reveals something about our collective human psyche. It allows us to live through these characters, albeit vicariously. It allows us to see ourselves through their mirror. And when we look closely, we learn something more about ourselves.

By definition, a universal truth is a truth that applies to all mankind regardless of time and place. It is an intrinsic part of our collective human soul. Without the existence of universal truths, we lose an essential part of our humanity. Without these truths, life begins to lose meaning. We enter into a state of anarchy. Chaos ensues, and our endeavors become futile, like Atlas who was condemned to hold up the celestial spheres for eternity. Atlas represents anyone who is burdened by a responsibility that has no meaning. Universal Truths supply the meaning. And what is life without meaning?

Good literature at its heart is about conveying universal truths through story. We perceive these truths in the characters’ thoughts, feelings, and actions. Whether the character is good or evil, we see a bit of truth in his behavior. We learn about the world through his actions. We learn about human nature. We learn about ourselves. And by connecting to this character, we feel less alone. Ultimately, we experience his struggle vicariously, which allows us to release pent up frustrations, anxieties, and fears through his journey on the page. That is the purpose of fiction.

In a sense, this is what good literature does: it connects us to these universal truths even if only on a subconscious level. We know it when we read it, and that’s why classic literature continues to sell millions of copies every year. Truth will never go out of style.

Humans have an insatiable desire for truth

Humans have an insatiable desire for truth. In the 18th and 19th centuries, it was customary for writers to place a Universal Truth, or a general statement of principle, at the beginning of the narrative. Think of the opening statement of “Pride and Prejudice” by Jane Austin: ‘It is a truth universally acknowledged, that a single man in possession of a good fortune, must be in want of a wife. Or the opening statement from “Anna Karenina” by Leo Tolstoy: ‘All happy families are alike; each unhappy family is unhappy in its own way.’ Nowadays, universal truths are embedded inside the text, in the characters’ thoughts, feelings, and actions. It is shown, not told.

Just to give you an example, I will give you a universal truth from “Johnny Tremain” by Esther Forbes: 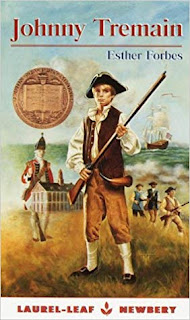 “Johnny felt he had learned a lot in his first lesson. A few more and he would have had no fear of Goblin (a horse). But there were no more lessons. Rab was too busy. He was teaching Johnny to ride as he did everything else—with a minimum expenditure of his own energy. Every day Johnny led Goblin to the Common, for it was quite a long time before he dared ride him through the narrow, crowded streets. And he sat in his manger and talked to him.
The idea that Goblin was more scared than he gave him great confidence and so did Rab’s belief in him and his powers to learn. He had always been quick on his feet, rhythmic and easy in his motions. He had no idea that learning to ride by himself, with a notoriously bad horse for one instructor, and a boy who never left his printing press for the other, he was doing an almost impossible thing. But one day he overheard Uncle Lorne say to Rab, “I don’t see how Johnny has done it, but he is riding real good now.”

UNIVERSAL TRUTH:  A hero is made by overcoming a succession of tests and challenges.

What are some Universal Truths in literature or film that you have discovered?

Sophie Schiller
Sophie Schiller was born in Paterson, NJ and grew up in the West Indies. She is a novelist and a poet. She loves stories that carry the reader back in time to exotic and far-flung locations. Kirkus Reviews has called her "an accomplished thriller and historical adventure writer." Publishers Weekly called her novel, ISLAND ON FIRE, "a memorable romantic thriller", her novel RACE TO TIBET, “a thrilling yarn,” and her TRANSFER DAY, “a page-turner with emotional resonance.” Her latest novel, THE LOST DIARY OF ALEXANDER HAMILTON, is the story of Hamilton's lost boyhood in the Caribbean. She graduated from American University, Washington, DC and lives in Brooklyn, NY.