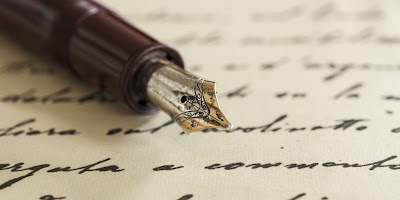 I began writing poetry in 2011 after reading a beautiful book called "Galileo's Daughter" by Dava Sobel. The book was about the life of Maria Celeste, a cloistered nun who maintained a special relationship with her father, Galileo. The story so moved me that I wrote my first poem as a result, “Galileo’s Moons.” Not sure where it came from but it popped in my head and I wrote it down. The poem stayed hidden in my computer for about two years until I finally published it on my blog. I shared it with a few friends on Facebook and didn’t think much of it. End of story.

Fast forward to April 2016. While on a trip down to Miami with my two daughters, I became obsessed with the line: “I soar on wings of silver light.” (A potential new marketing slogan for American Airlines perhaps?) By the time we landed I had written the first four lines and thought they were so good they deserved an entire poem. During the next seven days I sat up nights trying to work it into a poem, mostly as an intellectual exercise. I would dutifully sketch it out on a piece of scrap paper until it started to take life. It was not something I could file away under “mental aberrations” or “what I did on my vacation.” For me it was serious and I couldn’t put it down until I had finished it.

This time I published it on my Facebook page and was surprised when it caught the attention of a famous Danish writer, who quipped, “Hey, you wrote that? Great!” Over the next two years I wrote many more poems. Usually I would find a nice photo on Facebook, like a bird or a flower, and I would think of a first line. Then I would spend the next several days working out the meters and rhymes and the general theme, until I created a poem that conveyed a complete thought or idea. The interesting thing is, the more I wrote poetry, the better I got at it. I also got a lot faster. Whereas it used to take me weeks to write a complete poem, after a couple of years I could write one in an hour or two, even on complex subjects. I also learned a lot of valuable lessons along the way. Here are five:

Though we live in the digital age, there is still a thriving market for poetry. People still love poetry. This is something that stunned me as it shows we all connect on a deeper level than we realize through our shared humanity and our shared feelings of love, longing, wonder, hurt, pain, angst, and joy. When you strip away all the layers we surround ourselves with, we are all still human. We are not cyborgs as the robotics industry would have us believe, with interchangeable parts. We have souls and psyches, and these intangible aspects of our humanity need proper feeding too. Poetry does that.

2) The poems of the past are still relevant today.

“If” by Kipling is the eternal parent’s guide to living a decent, honorable life. “Invictus” by William Ernest Henley reminds us that no matter what challenges or painful situations we face, our spirit can rise to meet them.  And “Ozymandias” by Percy Bysshe Shelley reminds us that in our era of creeping Totalitarianism, dictators have come and gone through the ages and the only thing that remains are eternal truths, which will still be here long after the dictators are buried in the sands of time.

3) Poems can teach a moral lesson.

A good poem can teach a moral lesson more effectively than a book or a lecture. A poem that touches you on a gut level can have a greater impact than even a great speech. It reaches a part of our brain that affects us on a spiritual level. Think of “Blowin’ in the Wind” by Bob Dylan, a protest song about peace, war, and freedom. Or “Sunday Bloody Sunday” by U2 about the effects of government oppression, or “You’ve Got a Friend,” by Carole King, about the qualities that make a true friend. The concepts could not be better explained than through these powerful verses. 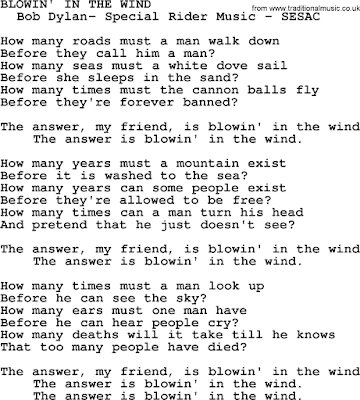 4) If you want to write poetry, don’t force it.

The best way to write poetry is to read a book on any subject that you want to write about. Or look at a picture that conveys a feeling you would like to express. Let the information sink in for several days, then come up with a concept or an opening line that introduces the idea you wish to convey. Next, work out the meter and rhyme that will work for the subject matter. For every problem there is always a solution.

5) Poetry is not going away anytime soon.

Humans are almost hard-wired to love verse. It is built into our DNA and is not going away anytime soon. The success of “Hamilton: the Musical” proves that. The fact that in this day and age theaters can fill up with an eager public raring to see a play about a Founding Father told entirely in verse speaks volumes about the public’s fascination with poetry and story-telling. It taps into our shared human conscience. It connects us to something much bigger than ourselves. 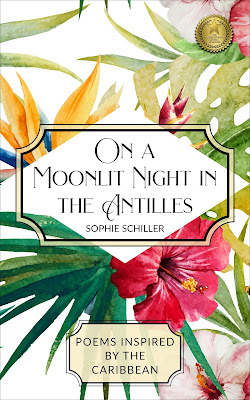 On a Moonlit Night in the Antilles: Poems Inspired by the Caribbean is out now on Amazon.com.