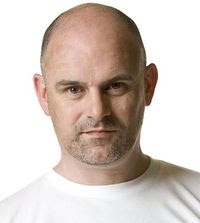 Some excellent writing tips today, courtesy of Brian Finnegan. Our full interview with Brian is here.
1. Get a good concept.
You want to be published? Concept sells.
Stephen King calls it the ‘What if…’ as in ‘What if a woman with too much pride fell in love with a man who was prejudiced against her? (Pride and Prejudice); or what if a group of people who got fired from their jobs on the same day formed a film club together (The Forced Redundancy Film Club). Coming up with a sellable concept isn’t easy, but if you are attuned to the idea, you never know what will come your way. Try to reduce the concepts of your favourite novels to one sentence, to get an understanding of what a good concept is. Read lots of true-life stories in newspapers and magazines; keep an eye out for interesting headlines, really listen when people are telling you stories about their lives or about other people. It’s a way to tune into concept. You never know what might come to you when you’re listening out for it.

2. Find a character you love.
My first book is a multiple-narrative, but I would not recommend it. Don’t be worried that you won’t have enough story. If you’ve got a good concept, you’ll find enough plot. The main thing you need to drive your book forward from the start is a lead character you really love, so you can enjoy writing about her story, her thoughts, feelings and actions. Think about the people you really like. What good qualities do they have in common? What contradictions are there in their characters that you notice? Make your lead a composite of the people you love.

3. Learn the Three-act Structure
Most stories come in three acts. In the first act we are introduced to the character and to what is happening in her life. We learn what the character wants (a character must always desperately want something). At the end of the first act, the character will set out to get what she wants.
In the second act, the character pursues what she wants only to be faced with ever increasing (and seemingly insurmountable) obstacles, which she will react to and then overcome. At the end of the second act, the character will have seemingly overcome the biggest obstacle of all and be on her way to a happy ever after.
In the third act, an even bigger obstacle (hugely insurmountable) will be thrown in your character’s way. She will either overcome it or not at the end of Act 3, and in the process will learn something about herself.

4. Find an ending
What do you want to happen to your character at the end of the book? You may say something like ‘I’d like her to live happily ever after’. But what will it take for her to live happily ever after (at least in the imagination of the reader)? The ending doesn’t have to be happy (although I would suggest that in commercial fiction, an unhappy ending will leave your readers feeling unhappy about your book.)
Pride and Prejudice has a happy ending. In order to be happy, Elizabeth overcomes her pride to accept Darcy’s love. Darcy overcomes his prejudice to accept Elizabeth as she is. In The Forced Redundancy Film Club, Katherine is forced to drop all artifice and come to terms with the loss of her father, in order to find love and her happy ever after.
Do you want your character to achieve what she wants? Do you want her to achieve something different and realise what she wanted was not what she actually needed all along? What would ultimately solve the personal difficulties you’re character is experiencing at the very beginning of the story?

5. Forward Motion Only
Your goal at the beginning should be to get a first draft down. Don’t worry about small details, just tell your story in broad strokes. At the beginning of each writing session go over what you wrote the day before, but not with a fine-tooth comb. Just get reacquainted with it before you forge ahead. When you’ve written your first draft, you’ll have a document to really hone and work on. No book comes out of a writer perfectly, and no book ever gets written if a writer wants it to be perfect from the first off.
Posted by Sophie Schiller at 8:56 AM No comments:

Giveaway ends February 28, 2013.
See the giveaway details at Goodreads.
Enter to win
Posted by Sophie Schiller at 9:03 AM No comments:

Thoughts on Writing: 10 Ways to Get Your Chapter On

About Susan J. Morris
A very logical child, Susan grew up reading stories about monsters by night and looking for them on the playground by day--scientifically rigorously--because she couldn't believe the world would be so boring as to be born without monsters. Dark, poetic, gritty sci-fi/fantasy and YA are her favorite inspirations, but she maintains that "It was there" is also a perfectly valid excuse to read a book.

Posted by Sophie Schiller at 5:07 PM No comments: