The 25 Sub-Categories of Historical Fiction

What is Historical Fiction? 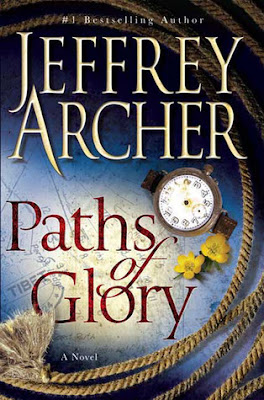 Is it a boring lecture about history you're forced to sit through in 8th grade? Is it a bodice-ripping, powdered-wig romp? Well, yes—and no. People who immerse themselves in history say it's anything but boring. Sometimes they say it's even shocking. Reading the memoirs of a Victorian explorer, a fugitive slave, or a Concentration Camp survivor puts you in their shoes and shows you a world you never knew existed. By reading between the lines, making logical deductions, and perhaps embellishing some of the unknown, the writer of Historical Fiction can bring a one- or two-dimensional character to life. The possibilities for setting, plot, and characters are limited only by the imagination of the author. And thankfully, the possibilities for intrigue and entertainment are endless.

So what exactly is Historical Fiction?

The generally accepted definition is a novel set in the past, usually 50 years before the date of publication.

Now you can search not only by setting and genre (as in thriller or suspense) but by time period as well. For those of you who like Historical Romance you may continue to search under the Romance subcategories for new releases.

For illustrative purposes, I have listed a few examples from each subcategory (with the exception of Religious and Short Stories). Pick a category at random and dive in. You never know, you might learn something your 8th grade history teacher failed to mention...

Biographical:  The White Princess, The Aviator's Wife, The Autobiography of Mrs. Tom Thumb, The Other Boleyn Girl, The Paris Wife, Paths of Glory, Bring up the Bodies, The Kingmaker's Daughter, The Spanish Queen, The Twelve Rooms of the Nile

Fantasy:  The Golem and the Jinni, Deck Z, The Spirit Keeper, The Witch's Daughter

Mystery, Thriller & Suspense: The White Princess, The Key to Rebecca, Hornet Flight, The File, The Eye of the Needle, The Abominable, Pillars of the Earth

African:  Roots, Cleopatra: A Life, Nefertiti: A Novel, A Spear of Summer Grass, The Heretic Queen, The Princess of Must Die, The Burning Shore

Asian:  The Last Empress, The Ghost Bride, The Far Pavilions, The Sandalwood Tree, The Maharajah's General, Race to Tibet

Australian & Oceania:  The Thorn Birds, The Light Between the Oceans, , A Wicked Deception

British: Wolf Hall, Bring up the Bodies, The Tudor Books, The Regency Books, Paths of Glory, Remarkable Creatures, The Orchid House, The Captain's Daughter, The Kingmaker's Daughter, The
Other Boleyn Girl, The White Queen, Pillars of the Earth, Fall of Giants, Queen Elizabeth's Daughter, The Chalice, The Crown

Chinese: Girl, The , Dreams of Joy, The Ghost Bride

European: Mozart's Sister, The Girl with the Earring, Marrying Mozart, The Lost Wife, Hornet Flight, The Visit of the Royal Physician, Loving Søren, The Time in Between

French:  An Officer and a Spy, Day of the Jackal, Sarah's Key, A Place of Greater Safety, Claude and Camille, Sunflowers, Madame Tussaud, The Lavender Garden, Paris

German: She Wore only White, City of , All Quiet on the Western Front

Irish:  The Girl on the Cliff, The Princes of , The Yellow House,

Italian:  The Shoemaker's Wife, The Midwife of , The Contessa's Vendetta, The Light in the Ruins, The Book of Madness & Cures

Scottish: Drums of Autumn and Anything with Highlander in the title
:  Gone with the Wind, The Writing Master  Centennial North and South, Lonesome Dove, The Kitchen House, The Wedding Gift, The House Girl, Mrs. Poe, The Signature of All Things, Hawaii, The Help, Water for Elephants, The Winds of War, War and Remembrance

Posted by Sophie Schiller at 8:20 AM No comments: