Most people have never heard of "Emma's Shadow" (Danish: Skyggen af Emma), but in 1989 when it came to , I went to see it 7 times. It totally captivated me. (Actually it was the character of the pure-hearted cleaner who captivated me.) Thinking about it now, I believe it had a huge influence on my first novel, Transfer Day, the story of an orphan girl in the Danish West Indies who crosses paths with a German U-boat deserter. Is it a retelling of "Skyggen af Emma"? I would be proud if it was! 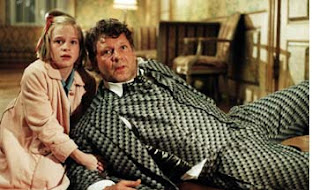 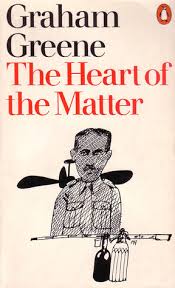 I discovered Major Scobie as a young woman of 24 or 25 while perusing through a bookstore on an otherwise uneventful Saturday night (back in the day when one did that sort of thing). I had never heard of Graham Greene before: he didn't figure in my father's extensive collection of books that consisted mostly of Hemingway, Uris, Evelyn Waugh, and Somerset Maugham. The title caught my eye instantly: The Heart of the Matter, and the setting was one I could easily relate to: an English colony on the West African coast (Sierra Leone), which brought back memories of my childhood in the West Indies, The story was drawn from Greene's own experience as an MI6 agent in Sierra Leone during WWII. 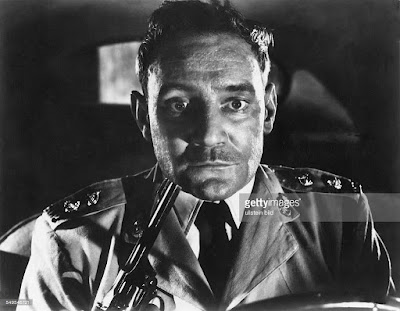 I took to him right away—Major Scobie. He had all the qualities that attracted me in a romantic hero: steadfastness, courage, gentleness, masculinity, tact, and above all, stoicism. As Deputy Commissioner of police, he is passed over for promotion when the commissioner retires, yet he refuses to resign his post as he has grown to love the people of Sierra Leone and can't imagine himself living elsewhere. He is dignified and middle-aged; he pays no attention to gossip and is detached from the local snobbery. His men respect him, and when a serious matter comes up, the Commissioner always turns to Scobie, whose professionalism is unquestioned. Scobie is the embodiment of masculine virtues: self-sacrifice, trustworthiness, quick to forgive—he never holds a grudge against a slight and constantly works to perfect his character vis a vis his fellow man and vis a vis G-d. You can almost picture him in his khaki police uniform sitting in his stifling hot office with the rusty handcuffs on the wall writing his police reports: a street fight here, a petty larceny there, and always the ubiquitous search for smuggled diamonds.

In all that he does, from small acts of kindness to actual police investigations, Major Scobie is a quiet hero, a dignified hero. A hero without bluster and fanfare, but a hero nonetheless. His humanity is his greatest virtue, but it will also be his greatest undoing. He's aware of the dangers of extreme emotions like love or hate in tropical Africa: "This isn't a climate for emotion. It's a climate for meanness, malice, snobbery, but anything like hate or love drives a man off his head." In the world of deceit Scobie is a novice, and when he embarks on a love affair with a young widow, the survivor of a German torpedo, his life begins to spiral downward.
Pursued by a jealous MI6 agent and hounded by a Syrian diamond smuggler and his own capricious wife, Scobie nevertheless pursues the path of virtue, if not according to the doctrines of his faith, at least the path that poses the least pain to the women he loves and has sworn to protect. Unlike Grey who uses women as objects and then throws them away, Scobie is willing to sacrifice his life, indeed his eternity for the love of a woman. Ultimately, his greatest act of heroism is his willingness to sacrifice everything for the love of G-d.
Posted by Sophie Schiller at 1:25 PM No comments: