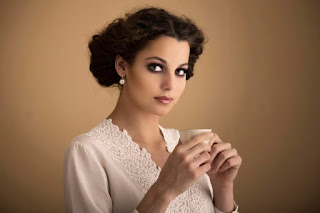 Island on Fire
In the lush, tropical world of Martinique in 1902, a planter's daughter and a French army officer are swept up in a whirlwind of voodoo, deceit, and treachery in the Pompeii of the Caribbean.
Coming in 2017 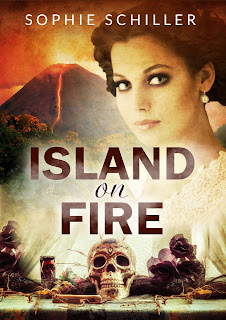 In the lush, tropical world of Martinique where slavery is a distant memory and voodoo holds sway, Emilie Dujon, the daughter of a failing cocoa planter, discovers that fiancé has been unfaithful. Desperate to end her engagement, she elicits the aid of a notorious voodoo witchdoctor and is lured into a shadowy world of black magic and extortion. When the volcano known as Mont Pelée begins to rumble and spew out ash, she joins a scientific committee headed by Lt. Denis Rémy, an army officer with a mysterious past  who becomes her unlikely ally.

At the summit the explorers discover that a second crater has formed and the volcano appears to be on the verge of eruption. But when they try to warn the governor, he orders them to bury the evidence for fear of upsetting the upcoming election. As the volcano begins to show its fury, Emilie’s plantation is inundated and she disappears. As chaos erupts, Lt. Rémy deserts his post and sets off on a desperate quest to rescue Emilie. But with all roads blocked, can the lovers escape the doomed city of St. Pierre before it’s too late?

Posted by Sophie Schiller at 9:48 AM No comments:

Inspiration can come from some of the strangest sources

When I was a senior in High School I chanced upon a movie that changed my life. Das Boot was a movie about the exploits of a WWII German U-boat during the infamous Battles of the Atlantic. Something about the movie fascinated me. Perhaps it was the cramped conditions on board the submarine, perhaps it was the maritime setting, perhaps it was the agonizing suspense. I think the main reason was Jürgen Prochnow, a wonderful actor who played the ship’s Kapitänleutnant and soon became an international star. I wasn't alone in these adventures, however. I was joined by my best friend and partner-in-crime, Beth Nagle, who was just as intrigued by the adventures of these hardy sailors as I was. 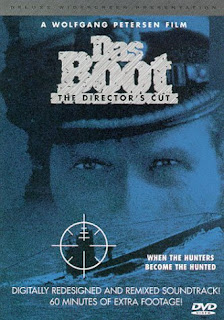 Seeing Jürgen’s picture it’s not hard to imagine why an 18 year old girl would have preferred to spend her days in his company rather than in Trigonometry or Chemistry. But it was the images of those sailors in those cramped conditions that really fired my imagination. 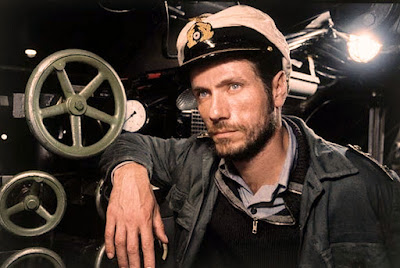 About 25 years later all those afternoons in darkened movie theaters became the engine that drove my first novel, Transfer Day. The idea that a German U-boat officer could become a sympathetic character was very intriguing, and I wanted to make it work. First I had to learn what characteristics these hardy men of the sea possessed.

To understand what it was like to live and fight under these conditions I dove into the study of U-boats, reading such classics as “Iron Coffins” and “Steel Boats, Iron Hearts” as well as books about the War of the Atlantic and accounts of sinkings on websites like uboat.net. It was on this website that I made the acquaintance of my research partner, Robert Derencin, a Croatian naval veteran who is one of Europe’s leading U-boat experts. It was a partnership that grew into a friendship that lasted until this day. When I told Robert what I wanted to accomplish, namely, to write a book about a German U-boat officer who deserts his ship in the middle of war and escapes to the Caribbean, he provided all sorts of scenarios that made the book possible.

In the end, I believe my character, Erich Seibold, fits the image of a hardy U-boat officer whose personal ethos prohibits him from sinking passenger ships. This is the engine that drives my novel forward and puts him in even greater danger when he escapes to a neutral Danish island only to find out that soon it will be transferred to the Americans and he will be behind enemy lines.

Perhaps the one scene in the movie that moved me more than any other was when the U-boat sailors sang the WWI song “It’s a long way to Tipperary”. That song, more than anything else, symbolized the war for both sides of the conflict, and I made sure to include it in my novel.


If you are a writer, what are some of the strangest sources of inspiration you've ever had? Did they inspire you to write an entire novel? Or did they take you on a completely different direction? 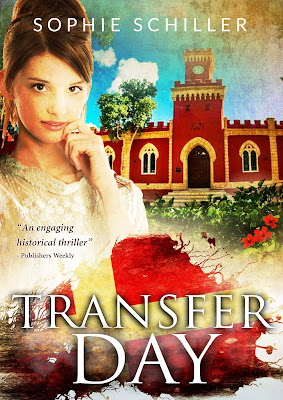 Transfer Day: When the whole world is at war not even an island is safe.
Posted by Sophie Schiller at 7:12 PM No comments: