Traveling the World through Historical Fiction

In a recent review of , a book blogger writes, "Sophie really managed to make me feel like I was right there with the characters in this (novel) and it added a lot to my enjoyment of the book. Plus it's made me feel as if I need to travel to these places." Naturally the book reviewer got me to thinking, when did my fascination with exotic and mysterious settings first take root?

One of my fondest childhood memories is the day my fourth grade class discovered a new book sitting  unobtrusively on our library shelf. One glance at the title, The Cay by Theodore Taylor, and its depiction of castaways on a deserted beach, and we proceeded to fight tooth and nail over the book. Over the next several weeks, The Cay was the most checked-out book in our school library. And for good reason. The protagonist, Phillip, was easy going and likable, and Timothy, the elderly deckhand from , could have been any one of the old men we saw playing dominoes on the waterfront, or over at . 's characters and settings were so real, they captured life in , Curaçao, and the deserted cay to perfection. The book recreates the feeling you get when a good friend travels to an exotic location and tells you all these first-hand, intimate details about his experiences. I dreamt of traveling to Willemstad Curaçao—now a UNESCO world heritage site—for over 20 years until I finally flew down and saw it for myself. Part of the reason was to catch a glimpse of Phillip hidden somewhere among the colorful denizens of .
Another historical novel with an exotic location that captured my childhood imagination was Exodus by Leon Uris. Uris' retelling of the legendary story of a ragtag group of Jewish refugees who make it to the modern-day , and then successfully wrest control away from the British Mandate is nothing short of miraculous. Uris' descriptions of , the , Acre, and even fascinate the reader, and make him feel as though he is experiencing the events first hand. His characters are flesh and blood people, with all their human quirks and failings. But like all true heroes, they inspire the reader to not just sit back and observe life's events like a spectator, but to strive to somehow make a difference in the world. 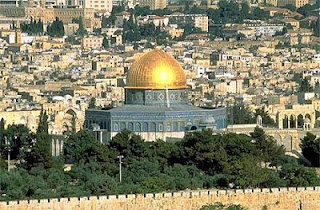 Standing at a height of 29,029 feet, and straddling the borders of and , is undoubtedly one of the world's most inaccessible spots. Yet despite the tremendous odds of dying on the mountain, the lure of conquering Mount Everest continues to haunt mankind's more daring elements. In addition, the hold a strong spiritual and geographical fascination, and none possessed it more ardently than George Mallory, a British mountaineer who set off in 1924 with the young, inexperienced Andrew Irvine to conquer the roof of the world. Lovers of Historical Fiction who relish the chance to relive this epic adventure can find it in Paths of Glory by Jeffrey Archer, a marvelous retelling of this heroic and unforgettable tale.
The Thorn Birds took the world by storm with its searing depictions of life in 's Outback and its cast of unforgettable characters who struggle against life's obstacles and tragedies. The imagery of sheep country is unflinching; the characters are almost feral in their realism. The Thorn Birds is one of historical fiction's greatest crowning achievements for its grand scope and its minute attention to detail. But through it all, the single unchanging element is , a land that can never quite be tamed. 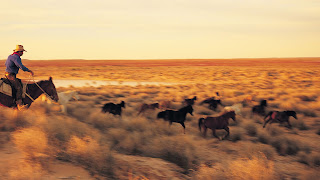 A Graham Greene novel is a like a travelogue of expatriate communities in former colonies around the globe. Take for example The Heart of the Matter, which takes place in Sierra Leone, or Our Man in Havana, which takes place in Cuba on the brink of revolution, or The Comedians, which takes place in Haiti, Greene's novels accurately portray the culture, setting, and the political turmoil and upheavals that the citizens faced on a daily basis. While not technically historical fiction since the events depicted occurred during Greene's lifetime, the novels are excellent research material for writers looking for an accurate depiction of the mindset, attitudes, and behaviors of people who lived during some of the most epochal times of the early 20th Century.