Hello friends!
I'm very excited to share the cover of my new novel which is a historical thriller called Race to is the story of Gabriel Bonvalot, one of 's greatest explorers, who teams up with Prince Henri d'Orleans, a jaded, ill-mannered aristocrat, in an all-out effort to be the first living Europeans to reach Lhasa. The story occurs during the Great Game, the period of great strategic conflict and rivalry between and  (1813-1907) for political and military control of Central Asia, including . Many explorers of Central Asia were really intelligence agents sent to gather information about troop movements and trade routes, which could be used for advancing armies. Race to Tibet focuses on these two adventurous Frenchmen, who are caught up in the Great Game when they are taken for Russian interlopers by Chinese Ambans (officials of the Qing Emperor who enforced the laws of Peking) who had never heard of France, and were determined to stop at all foreigners from entering Lhasa at any cost. 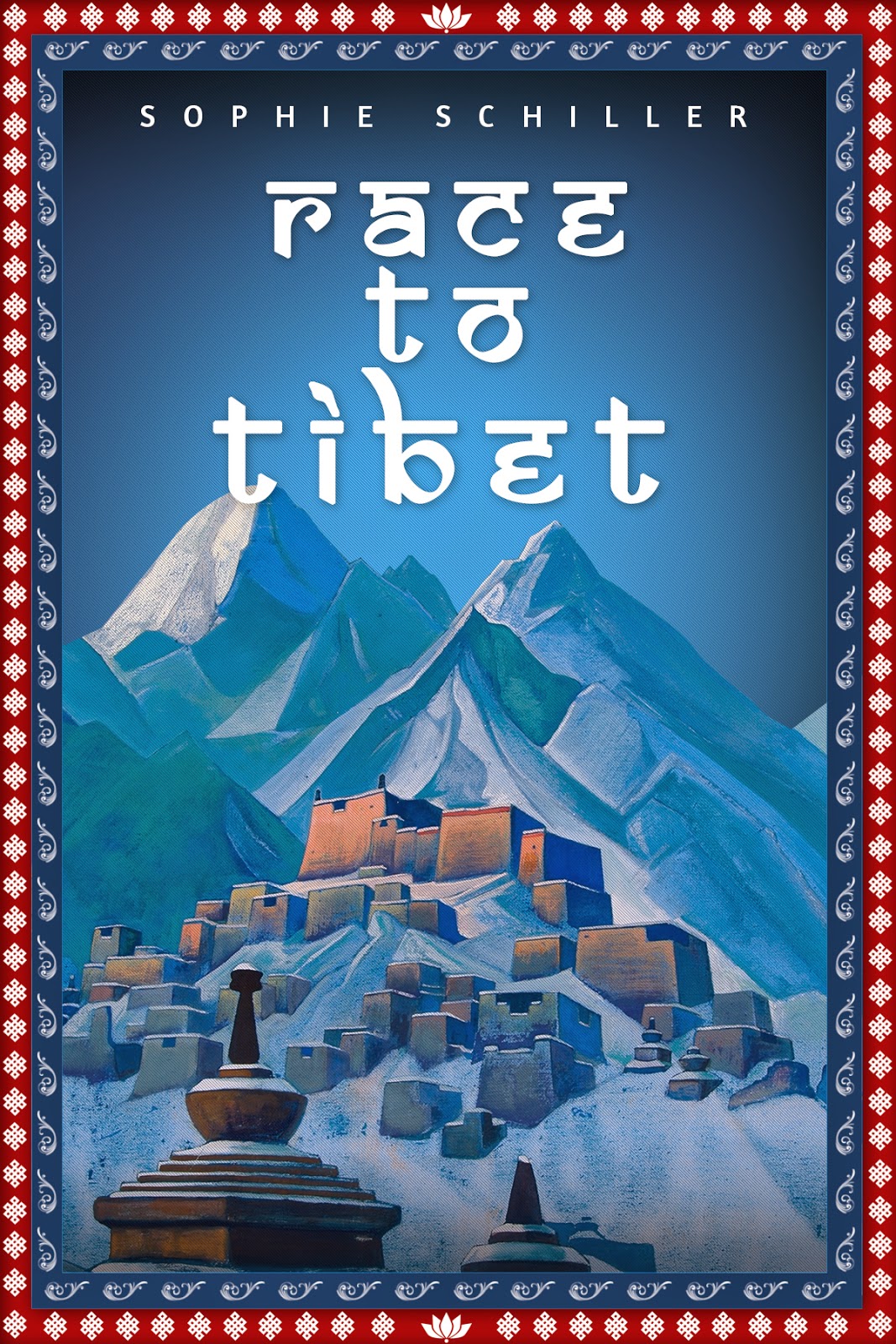 had long been the stuff of dreams. Buttressed by the Himalayas, and lying at an altitude of about three miles, was dubbed 'The Roof of the World' by Victorian travelers. Lying at 12,000 feet, , is the world's highest capital and those with elevated blood pressures are urged to stay away. In fact, had been closed to foreigners for so long, it was called 'The Forbidden City'. So little was known about that for many years it appeared as a huge white blank on official British maps, as if the entire area was covered with snow. Slowly over time the English in devised a way to collect intelligence about by sending 'pundits', or Hindu technicians disguised as Buddhist pilgrims, to explore it and map it. These pundits would enter clandestinely, calculating distances by using measured footsteps which they recorded by means of specially-designed rosaries, as well as measuring altitudes by means of boiling water and recording the temperatures with a thermometer. Without a doubt, the fascinating adventures of the pundits whetted the appetites of Victorian explorers and before long, an international race to was underway.

My novel, Race to , focuses on the journey of Gabriel Bonvalot and Prince Henri d'Orléans, a mismatched duo who attempted to reach for different reasons. For his part, Bonvalot was already a celebrated French explorer, having crossed the Pamirs to reach during the middle of winter, for which he was awarded the gold medal of the Société de Géographie in 1888.  Bonvalot was motivated by the desire to be first to reach , to have his name go down in history, and to sell out lecture halls and travel books. On the other hand, Prince Henri turned to exploration as a means to escape a bad reputation he had earned in as a brutal, ill-tempered dueler, a drinker, and a gambler.

There's lots of drama and intrigue in the story, which I wove together from various sources. I spent close to three years researching this story, which I studied within the context of the Great Game. I brought to life real-life characters, including all the major players in Bonvalot's expedition, as well as invented some fictional characters, including Princess Pema, a Tibetan Buddhist princess who I modeled on Yabshi Pan Rinzinwangmo, the real life daughter of the Panchen Lama (a religious figurehead in Tibet similar to the Dalai Lama) who is known as the 'Princess of Tibet' and is considered an important figure in Tibetan Buddhism and Tibetan-Chinese politics, and is the only known offspring in the 620 years of history of either the Panchen or Dalai Lama reincarnation lineages.

I also added mystical elements of Buddhism, as well as romance to give the novel more drama, mystery, and intrigue. In many ways, Race to Tibet fits into the Lost World genre of novels like "King Solomon's Mines" by H. Rider Haggard and "The Lost World" by Sir Arthur Conan Doyle. The story is replete with danger, suspense, and intrigue as the explorers inch closer to Lhasa. So join Bonvalot and Prince Henri on their expedition to the Roof of the World. In the pages of this novel, you will encounter an entire new world waiting to be discovered!

Posted by Sophie Schiller at 10:16 AM