The curious case of Hezekiah Smith: The last Danish prisoner from the Danish West Indies

The Danish West Indies was a Danish Colony in the Caribbean from 1670 until 1917, when the islands were transferred to the . There are many strange legends and stories in the islands, but none stranger than the curious case of Hezekiah Smith, who hailed from a somewhat notorious family and came close to losing his head.

The story began in December of 1904, when a young female laborer from the St. Croix plantation known as Betty's Hope was found murdered. A search party was sent out and came back a short while later dragging a certain Hezekiah Smith, alias William Smith, alias Queen Mary’s son before Judge Anders Jensen Langkjær in Frederiksted's Ekstra Kriminalret (Special Criminal Court) to face charges of murder. After Smith was found guilty, he received the standard sentence for murderers in the Danish West Indies since the time of King Christian V of 1683: "to lose his neck and have his head mounted on a stake”. 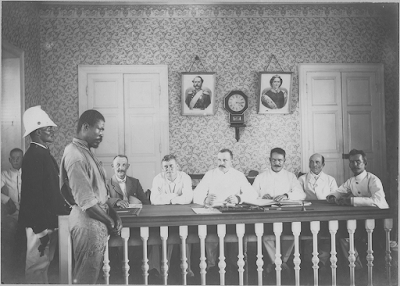 Luckily for Smith, the Danish West Indies had long ago stopped beheading murderers. Instead, Hezekiah petitioned the King to reduce his punishment to a life sentence. Instead of waiting for the pardon to arrive, he picked the lock of his cell door at Fort Frederick with a nail and climbed over a fence to freedom. A warrant for his arrest was immediately issued but Hezekiah was nowhere to be found – even with the promise of a reward of 20 dollars. 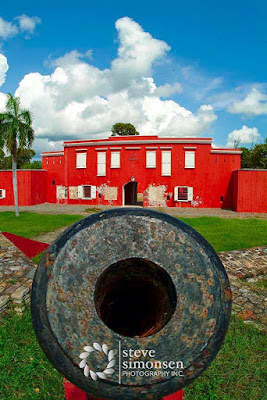 Hezekiah stole a rowboat and went to sea with a bottle of water and six coconuts. Nine days later he reached Puerto Rico where he found work as a day laborer on the docks. After some time, Hezekiah signed on an American schooner bound for Baltimore where he went ashore and found a new girlfriend.

This relationship was not perfect either. In January 1908, Hezekiah was arrested and accused of murdering his new girlfriend, Minnie Smith. When the prison authorities recognized Hezekiah as the notorious murderer from St. Croix, he was extradited to Horsens State Penitentiary in .

During Hezekiah's first years in prison he was a restless prisoner. On several occasions he had to be punished. But after several years of good behavior, the warden recommended him for a pardon. By now (1919) the Danish West Indies had been transferred to the , and the American authorities would not take Hezekiah back under any circumstances. And since Hezekiah had not requested to keep his Danish citizenship, he was now stateless. This cost him an additional four years in .

Finally, on September 5th, 1923, King Christian X pardoned Hezekiah and the prison authorities came up with a creative solution for getting rid of him when they put Hezekiah on a Polish schooner bound for Trinidad. He was never heard from again.

Posted by Sophie Schiller at 8:16 AM